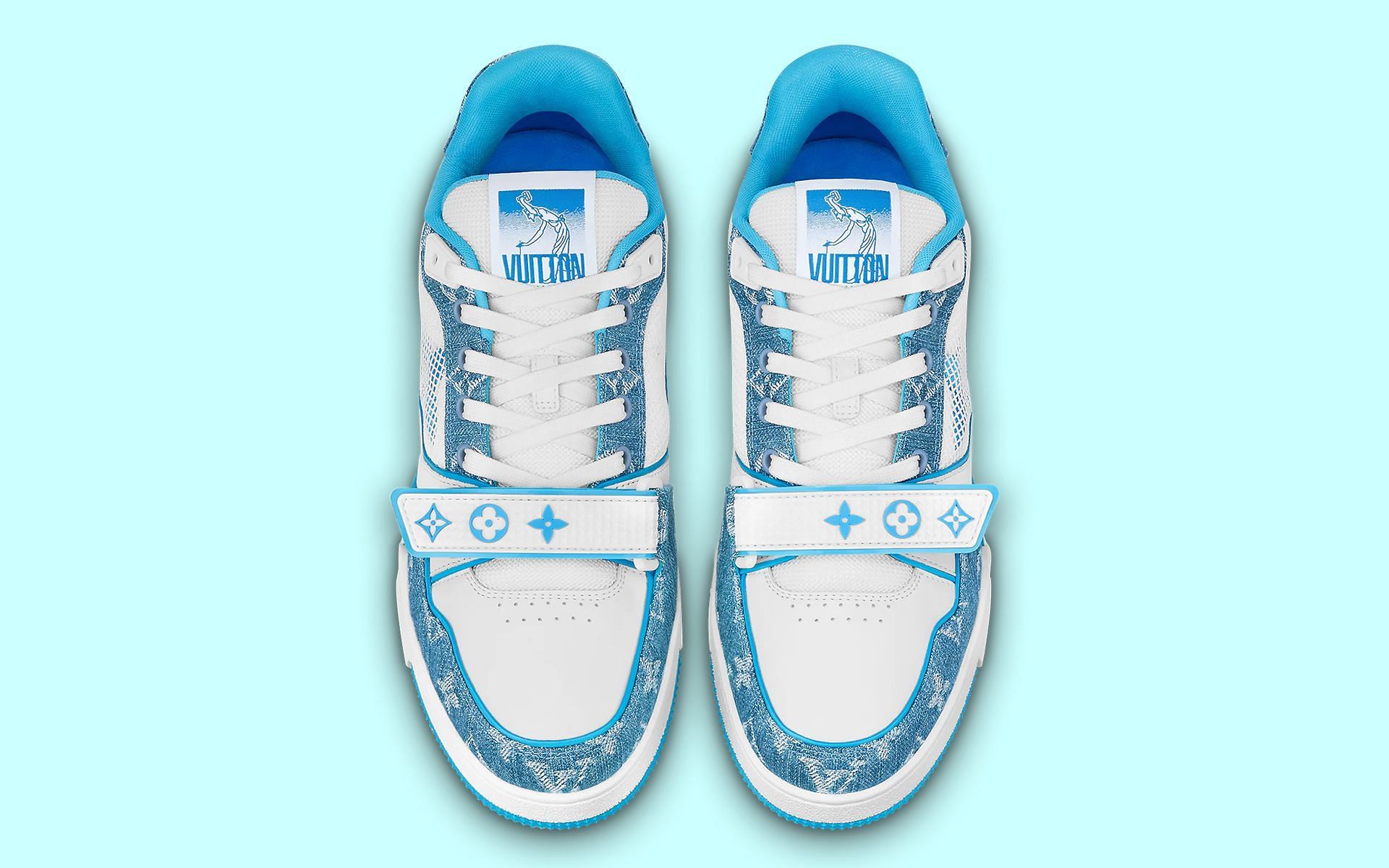 Louis Vuitton has launched a new makeover for its LV sneaker silhouette, covered in a denim blue color ensemble. After releasing its Show Up Trainers, the fashion brand is back with its classic model, the sneaker basket.

However, this time around the sneaker has been given some unique features making it iconic enough to be priced at $1380. The denim-inspired LV Trainer can be purchased from the official LV website.

The shoe’s upper features a blue “LV” monogram and denim construction. The upper part of the shoes has the usual seven hours of tailoring in each pair.

Further LV details have been added with gold Louis Vuitton script on the lateral side.

The most prominent feature of the shoes is the monogrammed flower Velcro strap, which divides the toe box with the shoe lacing system. The monogram floral print is further adorned on the denim mudguards, eyelets, outsole and heel panels.

The “Vuitton” branding appears on the tongue and the back of the shoes. It further makes an appearance at the bottom of the insole in a bright blue color, and the design is completed with the addition of a rubber outsole.

The shoes can be had for $1380 on the official LV e-commerce site in sizes ranging from UK 5 to UK 16. They also come in beige and orange colourways.

Virgil Abloh was inspired by a pair of vintage basketball sneakers. Thus, the LV Trainer gives an aesthetic that is both retro and innovative in the eyes of sneakerheads. The shoes incorporate many of LV’s signatures and are made with exceptional Italian craftsmanship.

Virgil described them in a press release issued by the company:

“The idea is to detect chic. I think culture is an inexhaustible source of absolute beauty. So I try to create things that are current, current, timeless, but of exceptional quality,” said Virgil Abloh.

The LV Trainer combines contemporary, timeless style with exceptional craftsmanship. The sneakers are made in Louis Vuitton’s Fiesso d’Artico workshops in Italy. LV sneakers are also made in boot-style, mid-top and low-top fits.