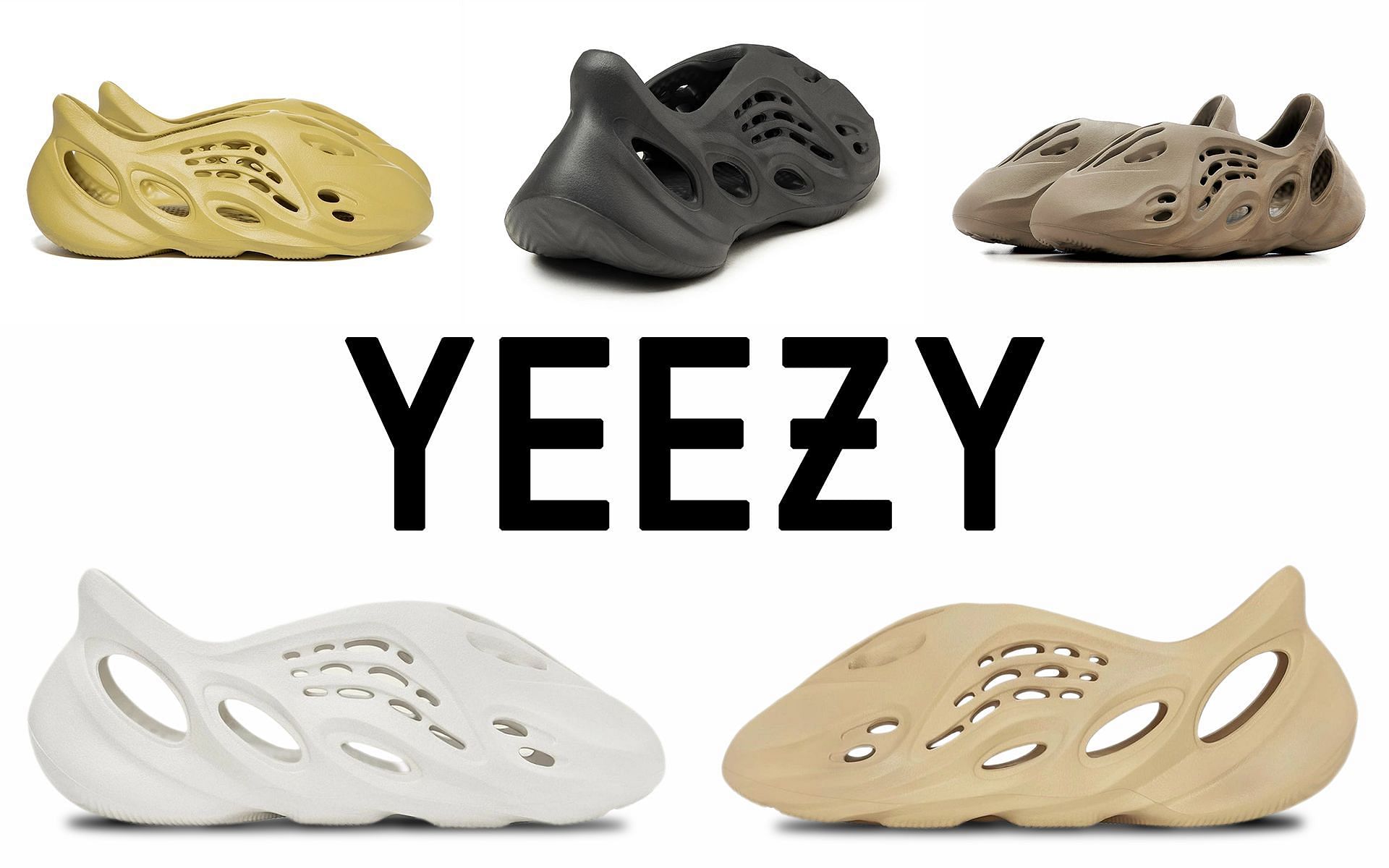 Whether it’s music, fashion or footwear, Kanye West has always pushed the envelope, and with the Yeezy Foam Runner, in partnership with Adidas, this silhouette has sent sneakerheads into a frenzy.

After blurring the lines between sportswear and luxury with Adidas since signing with the Three Stripes label in 2013, the creative force has transformed its Yeezy empire into a multi-million dollar brand through innovative releases like the Adidas Yeezy Boost 750 and the Adidas Yeezy Boost 350. V2 (which was pretty much every sneakerhead’s dream shoe).

In 2019, Kanye decided to shock the shoe world again with an unusual clog-like silhouette, the Yeezy Foam Runner. In terms of design, it was without laces or moving parts, with an alien construction.

The shoes are made from durable materials, such as the partial integration of seaweed into the model with the EVA foam construction. The Yeezy Foam runner’s official debut was made with the Ararat colorway on June 26, 2020. With an overwhelming response from the public, the brand has released more colorways since.

It’s been six months into the year 2022, and we’ve already seen plenty of releases from the Foam Runner silhouette, which is highly unlikely from the Yeezy label.

Ahead, we have compiled a list of our top 5 Yeezy Foam Runner colorways that have launched or are scheduled to launch in 2022.

The Yeezy Foam Runner Stone Sage colorway was teased mercilessly for months before the actual release, leading to a buildup that saw the clog-like shoe sell out within hours.

The Stone Sage colorway arrived in Ye’s favorite montone style, with a mix of “MX” colors. The grey-reminiscent stone hue is seen throughout the clog-shaped pair, with faint streaks of darker gray sage accenting on the heel and outsole.

The upper and sockliner, devoid of any Ye branding or the Trefoil logo, instead utilizes the center of the tread as an institution of the iconic sportswear logo underfoot. The pair released on the CONFIRMED app and Yeezy Supply’s site on March 11, 2022 for $90, and have since been restocked twice, on April 22, 2022 and May 27, 2022.

The new Yeezy Foam Runner Onyx is second on our list due to its sleek black look and simple design. The clog-shaped shoe is made from seaweed and contains a lightweight EVA material mix.

As usual, the shoe is sculpted in a one-piece design with oval and circular perforations on the upper for enhanced breathability. The black hue takes over the entirety of the shoe, from the oddly shaped tread to the porous upper. The standard design is followed throughout the shoe, including the insole.

The serrated bottom underfoot provides additional support and traction to complement the shoe’s design. The Onyx colorway was released on CONFIRMED and on the official Yeezy Supply e-commerce site on June 8, 2022 for $90 in men’s sizes, $65 for kids, and $45 for toddlers.

Originally released on March 26, 2021, the Sand colorway has returned to the Yeezy radar. The breathable colorway was set to restock on Yeezy Supply’s official e-commerce site on June 8, 2022, following its first return on May 21, 2021.

The Sand colourway is a clean off-white style, which has caught the eye of fans on every release, due to its classic and contemporary mix. The shoe is made from a two-piece seaweed construction as it maintains its base shape and standard layout.

The summer-friendly colorway comes dressed in a beige tone and echoes the previously launched ocher silhouette, which was seen on both Foam Runner and Yeezy Slides.

The wheel of the shoe has not been changed or redesigned as the tonal light brown hue can be seen on the sole and upper. The design has been kept minimal yet versatile. The silhouette is a popular slip-on style with a lightweight EVA foam construction.

The Sulfur colorway released in April 2022 and was one of Ye’s newest takes on the earthy tones color palette, while still offering a clean tonal look.

Would you like to copy these Adidas Yeezy Foam Runner “Sulfur”? 🤑

Would you like to copy these Adidas Yeezy Foam Runner “Sulfur”? 🤑 https://t.co/CujezL6b9P

The Foam Runner Sulfur is made from lightweight EVA and seaweed in a lighter beige color. The one-piece sculpture is marked with oval and circular perforations, as usual, on the upper, for increased comfort in the summer season.

The pair forgo the MX-style patterning and apply the titular hue to the entirety of the shoe, which is slightly brighter than the Desert Sand and Ocher colorway seen previously.

Read also
The article continues below

The Sulfur colorway has been seen multiple times on several Yeezy silhouettes, including the sand beige color on the Knit Runner slipper, 450 sneaker, as well as the boot.

The monochrome sandals also feature a caged makeup and tread to add stability and support. Yeezy Foam Runner shoes were released on April 22, 2022 for $90 in adult sizes on Yeezy supply official e-commerce website and CONFIRMED app. The Yeezy Foam Runner Sulfur also released in kids and toddler sizes for $65 and $45, respectively.

Here’s how an ultramarathon runner prepares for race day