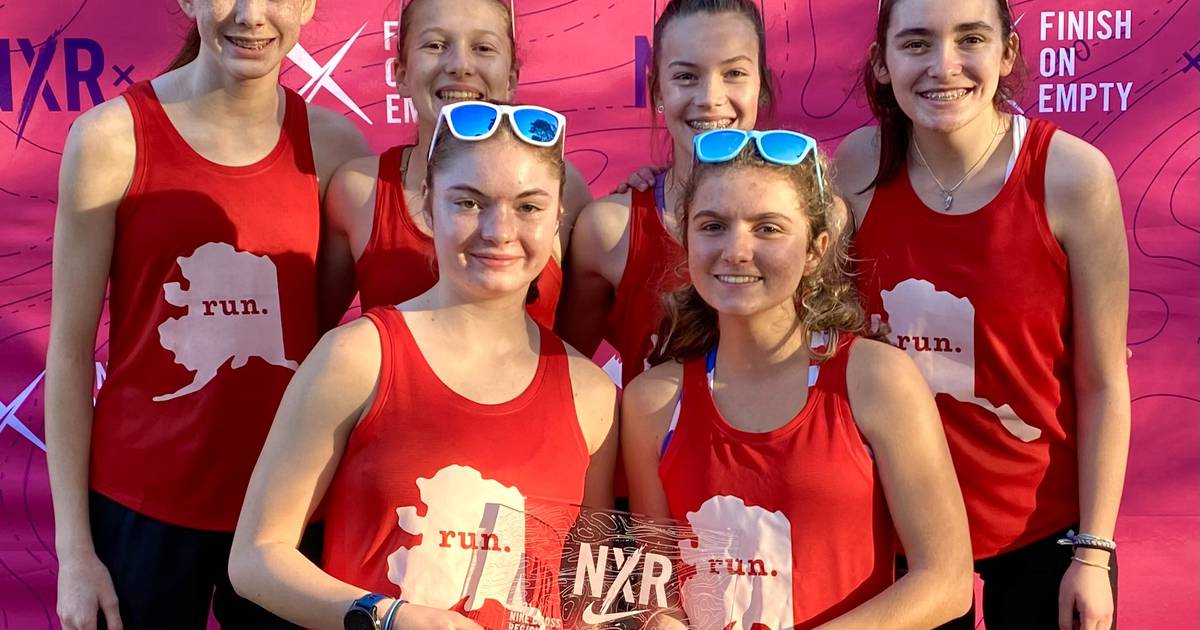 Shoeless for half the race, runner from Chugiak leads the Alaskan women’s team to victory in seven-state meet

There was no time to stop, so Addison Capozzi took off her shoe and continued to run.

One mile in Capozzi’s race against nearly 450 runners from seven states, she suddenly found herself at a disadvantage. After making a hairpin turn on the course, the peloton around her tightened and a girl behind her stepped on the back of her left shoe.

“It wasn’t on the heel anymore, but it was still on the arch of my foot,” said the student from Chugiak High.

She ran another half a mile before deciding she was better off without her shoe. “It was slowing me down, so I decided to start. “

After she finished, disappointment at her bad luck was replaced with elation when she found out that her team, RunAK, had beaten more than 40 teams to win the open invitation to the Nike Cross Nationals Northwest Regional meet. .

“At first I was really upset just because I was like, you know, ‘it totally cost me the race,’ Capozzi said after returning from the event in Boise, Idaho, earlier this month- this.

“But then I was going to get my things back from our start line, and my coach came over and he said, ‘You won! ” What? Certainly not.”

The 16-year-old and five of her fastest friends on the Chugiak women’s cross-country team had run with a fast crowd and proved they belonged to them.

Capozzi, Kiley Dennis, Skyler Belmear, Emily Moore and Ada Burrup had earned their places in the competition as part of the women’s cross country team that won the state in October. The Nike regional meeting would allow them to know how they have behaved in relation to the outside competition.

The Northwest region pitted them against elite teams from Alaska and six other states: Oregon, Washington, Montana, Wyoming and Hawaii.

It offers high school runners a showcase event where the best in the country can compete against each other on a level playing field, as the courses vary widely. The hills of Kincaid Park, for example, do not allow for fast 5 km times.

“It was a bit disappointing because I was super prepared for the race, and I was really hoping to get a good PR (personal best), but the shoe didn’t allow it,” she said.

RunAK coach Brian Kruchoski said it was obvious she had suffered.

“His foot was bruised at the end of the race,” he said. “That night she was bruised and swollen under her foot.”

If RunAK (competing teams run under their club name but must be from the same school) qualifies again next year, Capozzi could get another shot at this PR. And it could happen on an even bigger stage. The team was placed in the open class, one below the Championship division, based on their times.

None of them are old. And Chugiak junior Campbell Peterson, who led the Mustangs to the state team crown by placing second, could be with them in 2022. Previous commitments have kept her from going this year.

Beyond that, 2022 could also offer the chance to compete with the best in the whole country if the Alaskans are quick enough. This year’s national meeting has been canceled due to the COVID-19 pandemic.

As for the girls’ more immediate plans, Capozzi expects them to race for the Chugiak track team this spring. Last season, the 3,200 girl relay team finished second at State to South.

“I hope we can be strong again,” Capozzi said.