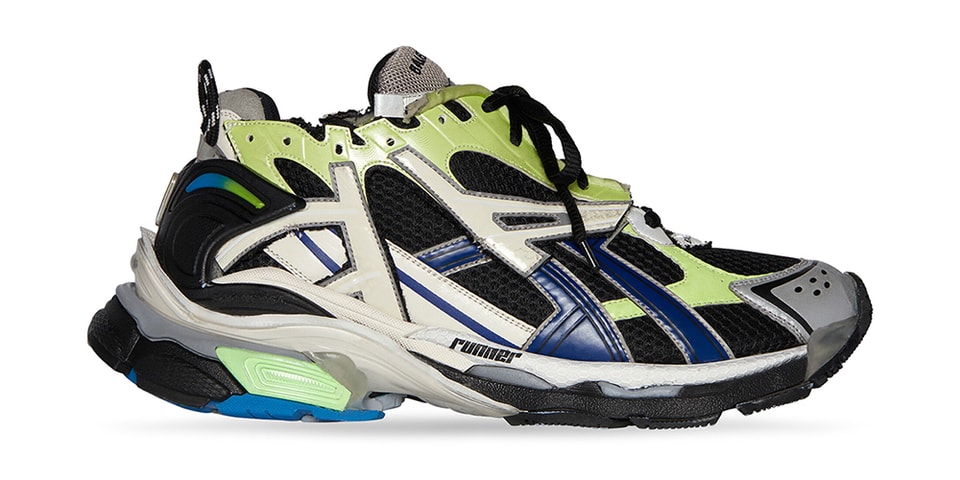 So far, the Runner has appeared in colors specific to the aforementioned Chinese New Year drop, as well as black and white, metallic rainbow, baby pink, and of course the original colourways that have returned in July of last year.

Now, the Demna team is decking out the pair in a range of high-visibility hues. From a black mesh base, Balenciaga covers the leatherless pair with off-white, police blue and bright green overlapping panels that give the shoe its chunky daddy basketball vibe from the early 2000s. A gray mesh tongue is branded with Balenciaga embroidery, while the Tipex style size on the tip remains in white. At the back we find more sizes alongside the Balenciaga moniker on the heel, while the ‘runner’ branding hits the side midsole.

As for the sole itself, it is split into six sections and is complemented by a multi-piece outsole, while the look of the shoe is completed with a little touch of 3M highlight.

Take a look at the Balenciaga Runner above and buy it from The Balenciaga site and stores now for $ 1,150 USD.

For bolder shoes, check out the new Moopie sneakers from Grounds.