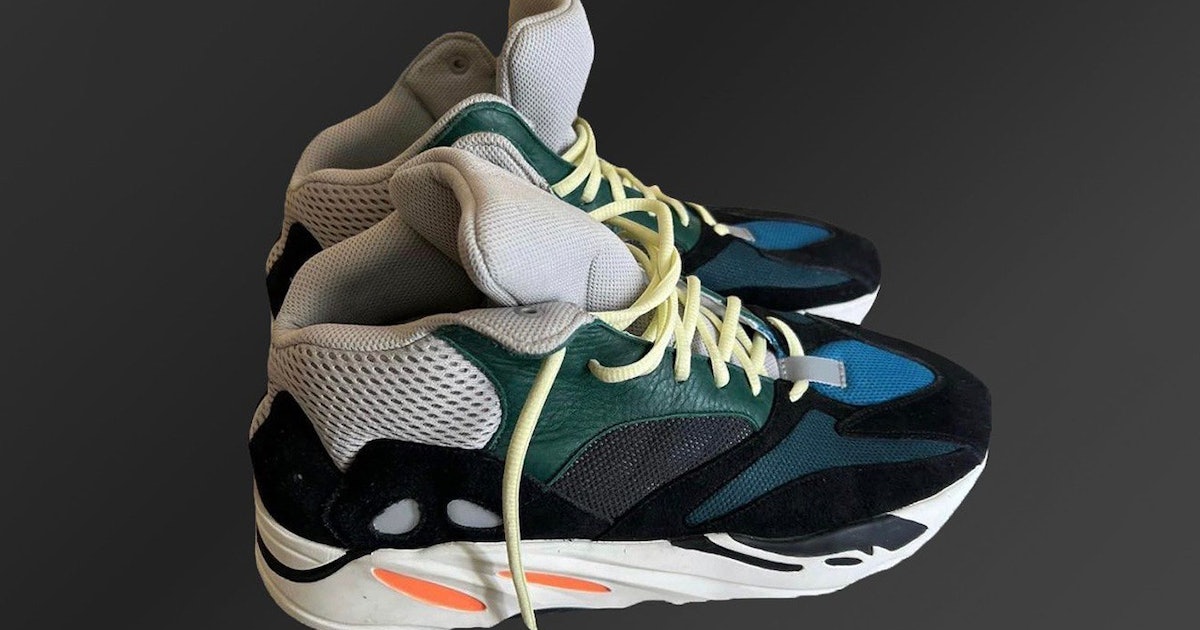 Roughly five years after its initial release and numerous restocks later, the Yeezy Boost 700 “Wave Runner” still holds a special place in the hearts of sneakerheads around the world. Get ready for the frenzy to be taken to new heights as the beloved sneaker soon arrives in a high-top silhouette, according to Yeezy Mafia.

Heights – Although the first look at the sneaker is just a sampling, it seems that most of the original sneaker’s DNA is still infused into the new version, especially in its shape and color scheme. But instead of the upper half of the shoe being dressed in a gray mesh like its predecessor, the high top adds a new elongated green panel in tumbled leather. The black components give the kicks a more moody feel than the previous version.

Black, gray and white are the fundamental shades of the shoe, covering the suede overlays, collar and tongue, and midsole respectively. Teal, green, and orange are the contrasting tones, and shiny volt laces complete the design. The final version is subject to change, of course, but it looks like Yeezy is keeping most of the classic intact.

The bigger the better – The Yeezy Boost 700 received mixed reactions when it debuted in 2017, but over time it triumphed and sealed the brand’s place as a pioneer of the dad shoe trend. It was a departure from the popularity of the sock-like models of the Yeezy Boost 350 and 350V2 – launched by Yeezy as well – and gave the standard, structured sneakers some street cred.

The brand is restocking many past models these days, including the Yeezy Boost 700 V3, a Yeezy Boost 350 V2, and a few big Yeezy 500s. Yeezy expanding its horizons and entering a new chapter of fresh silhouettes.

Despite its multiple restocks – the last one having been in March – lovers of the Wave Runner are still eager to try their hand at securing a pair. The original low-top sneaker retailed for $300 – unheard of in 2017 but a norm in 2022 – and its higher counterpart will likely be more expensive, with significant resale value too, given that it’s the first of the kind. And if the high-end version makes an official appearance, know that you’ll be competing with plenty of Yeezy fans to snag a new piece of brand history.